Last year (2016) did not prove to be as bad for stink bugs as 2015, but there were some “hot spots” in the region. This year (2017) appears to be a fairly active year for stink bugs in field corn in northeast North Carolina. The main point for addressing this topic is to get it on your “radar”.

Because of the less than ideal conditions for corn planting, we have corn that ranges from only a few weeks emerged to corn that is silking and tasseling. The two major times that stink bugs cause damage to field corn is V2 to V8 growth stage or the pre-tassel growth stage.

With wheat being harvested, some people are seeing a lot of stink bugs. The stink bug that is a pest of corn is the brown stink bug. If you have corn in the V2 to V8 stage, the growing point of the corn plant is susceptible to damage by the stink bug as it probes the seedling plant with its piercing mouth part. At this stage, the threshold is one stink bug per ten plants. For corn that is at the pre-tassel stage, the damage by the stink bug occurs when it pierces the leaf and the developing ear, which has not yet emerged. For corn at the pre-tassel stage, the threshold is 1 stink bug per 4 plants. Although the stink bug can damage the individual kernels once the ear has emerged from behind the leaf, its greatest impact is when it pierces the small developing ear. This damage can cause misshapen ears.

Although stink bugs could be found in most any corn field, the situations where they are more likely to be found are corn fields next to wheat fields that have been harvested recently, next to weedy farm paths and ditches, as well as hedgerows. The main point is to scout your corn fields.

If you have questions about stink bugs in field corn, contact your local Extension Center. Additional information can be found at the following link: 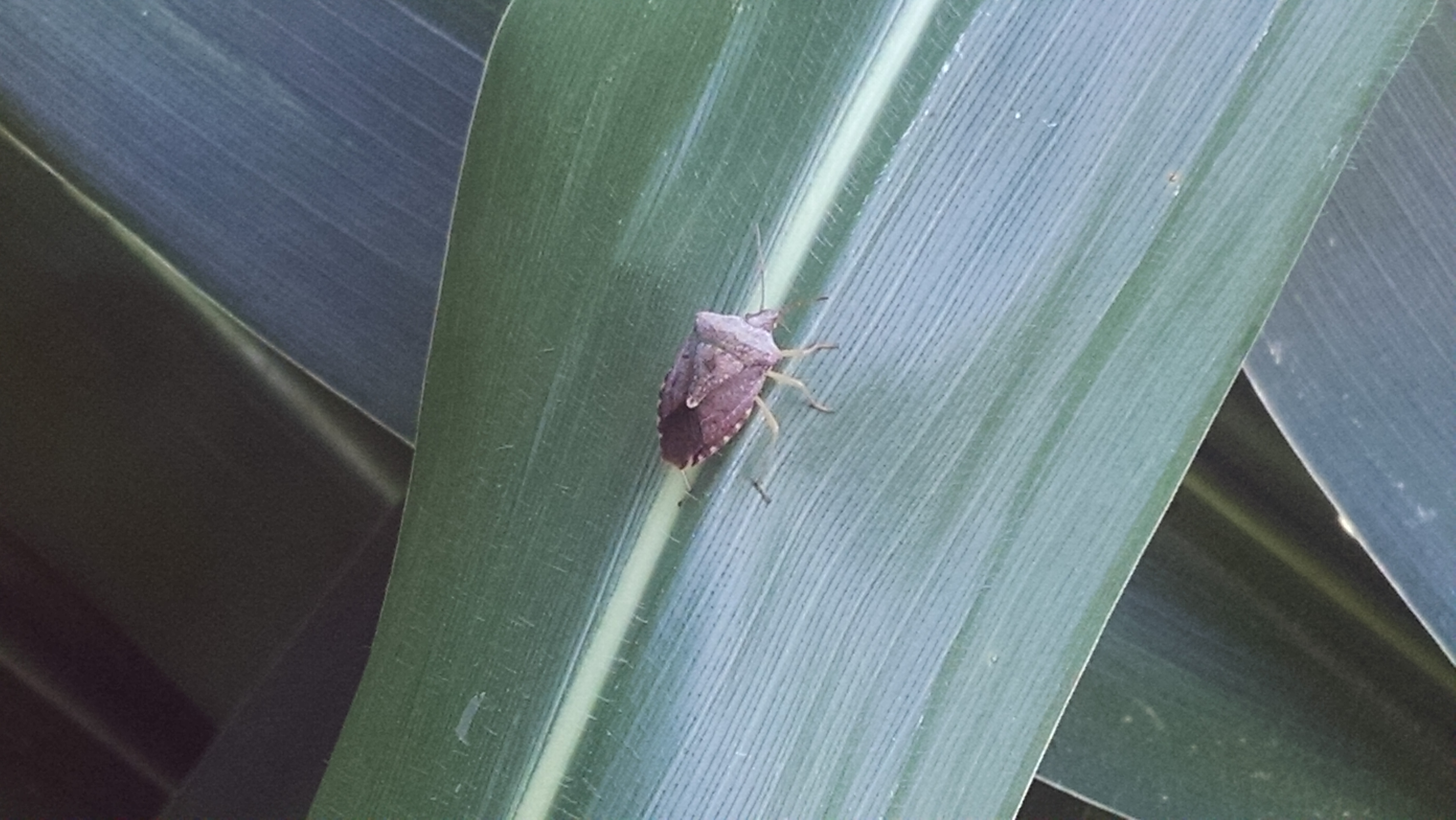