Salt Water Is Fine for the Ocean, But….

Find this article at:
go.ncsu.edu/readext?853747
— Written By Al Wood and last updated by Christy Boyce

Of all the earth’s water, 97.5 percent is saline (salty) and 2.5 percent of it is fresh. Humans need a certain amount of salt for good health, but they cannot survive on saline drinking water. Also, most terrestrial plants cannot survive without freshwater, but there are some plants that can survive in a somewhat saline environment.

What is the difference between freshwater and salt (saline) water? According to the United States Geological Survey, water with salt levels up to 1,000 parts per million (ppm) is considered fresh. Above that value, the categories are slightly saline, moderately saline, and highly saline water with increasing levels of salt. The water in the ocean is classified as highly saline with 35,000 ppm of salt.

When saline water from the oceans, and sounds mix with fresh water and then moves into the groundwater and/or moves over land as occurs with high tides or storm surges, it is known as salt water intrusion. Many of the coastal regions of the United States are impacted by the presence of salt water intrusion.

With the part of North Carolina we live in, all the processes involved with salt water intrusion can occur because we are adjacent to saline surface waters such as the sounds as well as near sea level. These geographical characteristics is also why our spot on the earth is called the tidewater region.

In the tidewater regions of North Carolina, there is a growing number of acres of forest land, marshes and crop land being impacted by salt water intrusion. There are ghost forests that are the result of soils becoming so salty that large numbers of dead trees are left standing. Also, many acres of crop land have been abandoned because the soil is so salty that many of our traditional crops can not be grown.

The presence of salt water intrusion has even been identified north of the Albemarle Sound with farm land. A collaborative team (Salt Water Intrusion Team) comprised of researchers from the Geology Department of East Carolina University, Extension specialists and agents with N.C. State Extension, was formed in the spring of 2018 to study the situation. On August 27, 2021, a program was conducted to share with the public the findings of this collaborative team and since then recordings of each of the presenters have been posted on the internet for the public to view.

If you would like to learn more about the findings of the Salt Water Intrusion Team for northeast North Carolina, then use the following link to view the videos:

For additional information on this topic, use the following links: 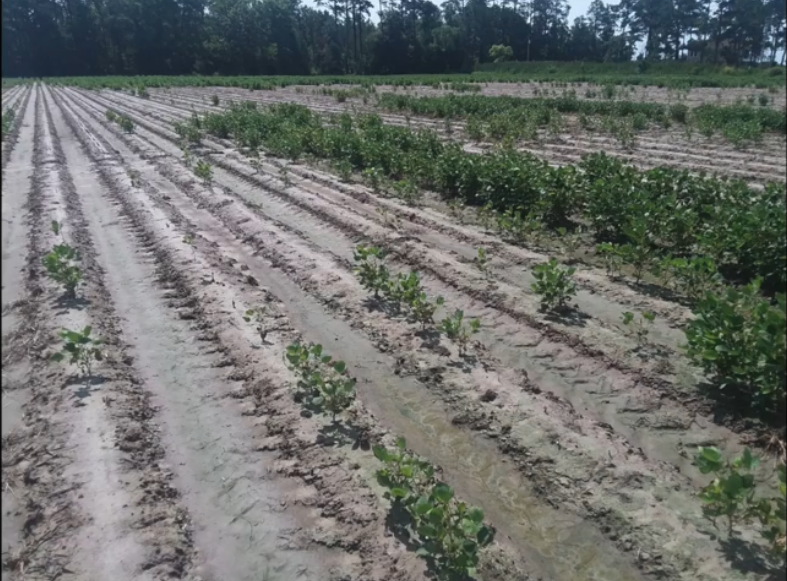 The waters of the Albemarle Sound adjacent to land massives and in some cases the land is being affected by salt water intrusion.